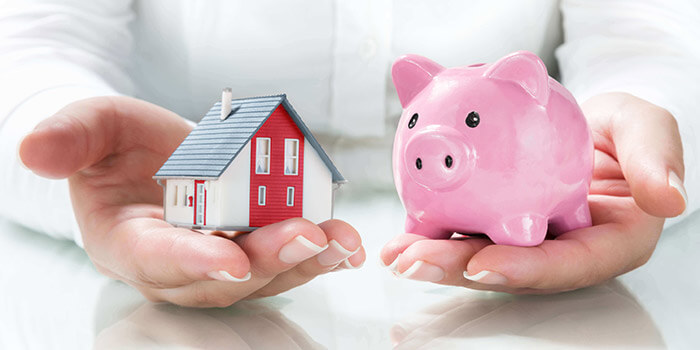 Since the summer of 2015, the UK has been on a noticeably downward curve when it comes to the amount of disposable income that households have to spend.

Rising costs of living have meant that people are forced to spend more, often not within their means, by dipping into savings or accruing debt.

In this article we look at the household savings ratio, which has been the focus of some recent media scrutiny.

The household savings ratio falls to a record low (3.3%) at the same time changes are made to pension and insurance values, hitting UK homeowners the hardest.

We are now witnessing figures so low that they have not been seen since the 1963, when they began tracking the data.

The ratio itself is simply how much is left of the incomings to be saved after expenses have been accounted for, and this new data comes at a time when the UK’s economy is said to have grown by 0.7% in the final quarter of 2016.

One adverse effect of a reduced disposable income is the attraction to borrowing money from banks and loan providers, often with large (and not so attractive) interest rates.

In the final quarter of 2016, over £11bn was borrowed by households to make up the deficit made by the aftermath of the EU referendum.

This figure is the highest quarterly amount we have seen for thirty years, an enlightening indication of what we have to come in future.

There are few causes for optimism. The household savings ratio is expected to fall even further over the next two years, as UK citizens come to accept higher prices for imports.

There will also be a natural increase in inflation, though the Bank of England warns that income potential will get weaker as prices get higher, meaning that people are going to struggle and accrue debt even more than before.

Much of this is the result of the currently-weak pound, largely deflated since June 2016, meaning UK citizens are already paying extra for goods. The pound remains around 16% weaker against the dollar than before the ‘leave’ vote.

British resilience to a tough 2016

We all felt the pinch, right? Wage growth slowed, as inflation and product prices rose, so ‘Household savings ratio falls to record low’ is the logical result.

Not for a dominant services sector that the UK boasts, especially for banking and finance, the damage may have been a lot more severe.

However, 2017’s first monthly figure release showed that the services sector is not impenetrable, as its output fell by 0.1%.

Perhaps by necessity rather than choice, UK citizens have increased how much they are spending, though many see this as a reflection of rising costs of living rather than a desire to purchase more.

Thanks to this extra spending though, many parts of the UK economy performed well in 2016. One area that performed exceptionally well was UK produced exports, which grew by 4.6%

What can you do?

Right now, not a great deal except be thrifty, conserve your money and see what happens.

Household spending grew by 0.7% in the final quarter of 2017 and the only indication that this is slowing down is that UK citizens have very few savings to fall back on, with the average person saving just 3.3% of their salary.

You can also try and become Energy Shopper. Shopping around for cheaper gas and electricity bills is an increasingly popular way of saving money by UK homeowners and renters.

You can be inflation immune and use My Energy – Online Energy Tariff Comparison Tool. It’s completely free, easy to use and brought to you by Home Logic, family owned company that helps you save your hard earned money.